Doing the hard work is how it's done

Ranging from preventative counseling to negotiations, mediations, arbitrations, court hearings and jury trials, Nida & Romyn, P.C. provides deliberate and effective advice and services to the most complex disputes, always with an eye towards resolving each case in the most cost-effective manner for the client. Nida & Romyn, P.C. saves its clients, including fortune 500 companies, hundreds of thousands of dollars each year by collaborating with our client to develop a plan to employ resources strategically to ensure the best return for the client on the investment made.

The attorneys at Nida & Romyn, P.C. successfully represented a major public works contractor in consolidated litigation involving over 30 separate lawsuits brought by the general contractor and its subcontractors concerning the costs of building two hospitals for the University of California at Los Angeles (UCLA).

The cases involved the newly constructed 520-bed Ronald Reagan UCLA Medical Center on the main campus and the UCLA Medical Center, Santa Monica. The cases sought compensation for major owner-caused delays, design defects and additional costs of construction. The attorneys at Nida & Romyn effectively organized the 30 parties and their counsel through the complex litigation, framed the legal entitlements under the multiple contracts, pursued the matters through the litigation discovery process, prepared the matters for trial, and successfully resolved the two cases in separate mediations for over $100 million in favor of the contractors. These type of multi-party complex cases are the hallmark of the experience and type of cases that you find amongst the attorneys at Nida & Romyn, P.C.

David Romyn is a shareholder and senior litigation counsel with Nida & Romyn, P.C. For almost 30 years, Mr. Romyn has represented a broad range of individual and corporate clients drawn from the government contracts, construction, insurance, real estate, banking and manufacturing fields. Mr. Romyn has particular expertise in advising participants working in the construction industry in perfecting their contractual positions and resolving disputes during all phases in the start-up and performance of major public and private construction projects. 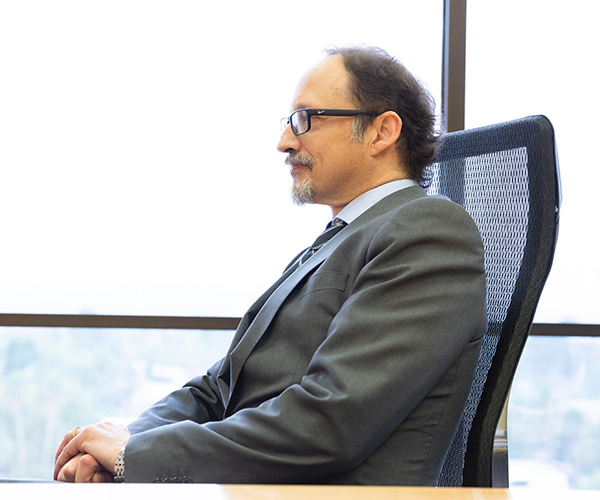 Learn more about all of our attorneys

The attorneys at Nida & Romyn, P.C. recently completed a jury trial in the United States District Court in Los Angeles, which involved an allegation that a major contractor should reimburse a public entity for allegations that the project was built incorrectly by the contractor in violation of the Americans with Disabilities Act. The case involved the Van Nuys Flyaway facility owned by the Los Angeles World Airports, a division of the City of Los Angeles.

The attorneys of Nida & Romyn, P.C. were able to demonstrate through affirmative witnesses of the contractor and cross-examination of the City’s witnesses that the project was in fact built correctly by the contractor, the project caused no injury, and the city’s alteration of the decade old project absolved the contractor of liability. The case had a long history of complex motion practice, an appeal, discovery and trial preparation. The case went through several days of testimony and argument before a jury in Federal Court. After deliberation, the jury ruled unanimously in favor of the contractor.

Following the trial, the contractor prevailed in further motion practice by the City seeking to overturn the jury verdict. The contractor was also awarded nearly all of its attorney fees and costs from the City.